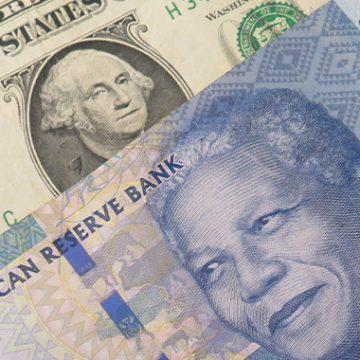 USD/ZAR — US dollar vs South African rand — is quite an exotic currency pair, not really popular among traders. Trading this asset has certain peculiarities and internal laws.

Some say that, compared to other pairs, this one is less liquid. However, on the D1 of USD/ZAR one could see a lengthy uptrend from the end of 2011 till the beginning of 2016. That time the quotations rose from 6.40 to 17.97, then declined several times in the form of corrections, and then started growing again.

At the very first glance you can see that USD/ZAR is capable of strong movements. And not only ascending ones that prevail but also lengthy declines. Do you want to know right now how to trade this currency pair, making use of all its characteristics? Let me tell you.

Main info about the rand

South Africa got its national currency is 1961 instead of the South African pound. At that time, 1rand cost 1.4 USD. However, in 1982 already sanctions imposed on South Africa made the exchange rate fall to 1 USD.

Subsequent economic recovery was short-term and prevented the national currency from returning to previous levels. New political turmoil that started in the 1990s made the rate fall deeper down.

In South Africa, the income is above average, and the economy of the country makes up for about 25% of the GDP of the whole continent. However, certain problems are hindering its development, such as poor education levels, high unemployment and crime rates, uneven spreading of income in the population, electricity problems.

The key sectors of economy are mining, food, and car industries, agriculture, fishing, retailing and wholesale, and tourism. The driver of the economy is gold and diamond mining.

Political unrest alongside increasing unemployment and crime rates deteriorate the economic situation in the country and make the national currency retreat. Foreign investors lose interest in the rand and prefer investing in less risky assets.

The South African rand is a commodity currency, so its rate depends heavily on commodity prices.

Trading characteristics of the currency pair

The pair reflects the relation of the US dollar to the South African rand. When I was preparing this article, you could buy a bit more than 15 ZAR for 1 USD. The growth of the pair means that the dollar is becoming stronger, and falling means that the rand is growing.

Read:  What Is Lot Size in Forex Trading

Which factors influence the quotations

How to trade USD/ZAR

The currency pair can be traded by indicators, levels, and graphic patterns.

The pair is trendy, so a combination of Moving Averages will yield good results. You can choose tactics from the article “Top-7 Forex Trading Strategies in 2022” If you want something unique, add to the chart an EMA (95) and Bollinger Bands. Use an H4 chart.

Read:  Can You Make a Living With Forex Trading

On MN, you can see the nearest support and resistance levels. For example, the price pushes off the resistance level at 15.75, while the support level is at 13.30. In the nearest future, the USD/ZAR quotations are likely to aim at this area. To trade intraday, switch to smaller timeframes and draw the levels there.

The instrument is trendy, so the most frequent price pattern to encounter is the Triangle. The chart has gone through three Triangles over just a year. To work intraday, this pattern on H1 will be enough.

For example, the latest decline of the pair from 15.30 happened by the Double Top pattern. As you can see, after the second test of the resistance level, the quotations went down. The signal to decline is a breakaway of the trendline or the low of the pattern.

USD/ZAR is an exotic currency pair with high volatility. Movements can exceed 300 points over a trading day. Regardless of this, spreads remain minimal in the calm market.

To trade this instrument, you can use trend strategies and tactics based on graphic analysis – horizontal levels and patterns. Get acquainted with this pair on a demo account and switch to a real one after you master all nuances and details.

The post How to Trade USD/ZAR appeared first at R Blog – RoboForex.

Can You Trade Against Zar in Forex